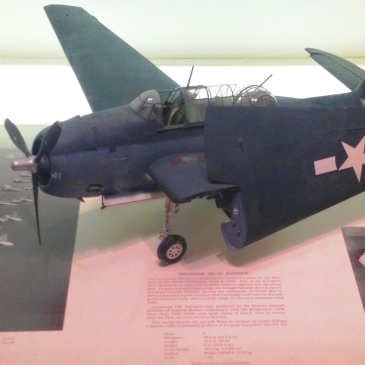 Co-incidences in the timing and location of the Flight-19 board of inquiry have always made me suspect the legitimacy of its results. As other authors have stated previously, the erroneous conclusion against Lt. Charles C. Taylor reached by the board and defended by the Navy Department, resulted from at best, an inadequate investigation.

Not all of the 56 facts and 56 conclusions were attributed to Taylor’s inadequacies and the expediency of the results was not likely arbitrary either.  The Navy itself had a role to play in the debacle. From inadequate equipment operation, and maintenance to poor search and rescue co-ordination, the Navy would also be found culpable two years later.

In the end, the possibility of collusion between the board members and the witnesses deflecting blame away from the personnel at Ft. Lauderdale, and in turn away from the Navy training command, might seem like a case of plausible deniability with suspiciously political machinations.

But to see the complexity and possible subterfuge involved in the decision to admonish Taylor, one needs to look at the larger scope of the political landscape during the proceedings late in 1945?

History has shown that at the end of every major conflict, the U.S.military complex and the  U.S.Congress especially, examines the defensive strategies for the nation in the end matching needs to the budget. The result would often lead to the massive reorganizing or near elimination of the Marine Corps, and reduction of the Navy, usually in favor of the Army. This almost; tradition, helped create the basis for the Army & Navy rivalry that exists today.

World War II was no exception to this scrutiny. In fact with the advent of the atomic age there was an even greater examination of the services, again in favor of the Army, the soon to be Air Force and curiously the naval air arm.

With the need to scale back recruitment, and production, expedite discharges, and in general reduce force levels back to prewar status, Admiral James V. Forrestal then Secretary of the Navy, had his hands full.  Public perception was a large factor to contend with in his proposed defense of the nation: a naval future, centered around the aircraft carrier.

So how would it look in the eyes of the nation to loose six Navy planes (including the Navy PBM rescue plane)  due to pilot negligence, off the coast of Florida no less? Now imagine how much worse it would have been if the Navy itself was found at fault? Timing was crucial.

Lets answer the question with a question.  Is it a co-incidence that the Court-Martial of Navy Captain Charles Butler McVay the III formally of the cruiser USS Indianapolis; demanded by Chief of Naval Operations Admiral Ernest J. King, and overseen by Secretary of the Navy Forrestal, ran simultaneously with the Flight-19 board of inquiry?

Both incidents attracted copious amounts of press coverage, but the Court Martial of McVay much more than the Flight-19 board of inquiry.

Could this also explain why the Navy stayed tight lipped regarding the Flight-19 board results until well into 1946? Or it could clarify why the naval air training command proceeded with the investigative board just 2 days into the search for the missing planes? And why it only took a mere 10 days based on only transcripts of radio transmissions, ground staff observations,  and maintenance paperwork, to find in favor of Taylor’s incompetence that day.

Did it matter anyways? Though the decision to fault Taylor was later – (after a tenacious fight by his mother to clear his name ), formally reversed by the Navy in a separate review board determination in 1947; in effect he like McVay is still judged historically at fault today, simply because he was in charge.

From a military leadership perspective both were reasonable conclusion, even if unfair. An unfortunate circumstance and consequence of the a fore mentioned Court-Martial of McVay. “The lesson here is that a decision can be legally correct and still be unjust.” ( Stanton pg 279 ) In other words: The Captain should always goes down with the ship.